Laughing into the Stench 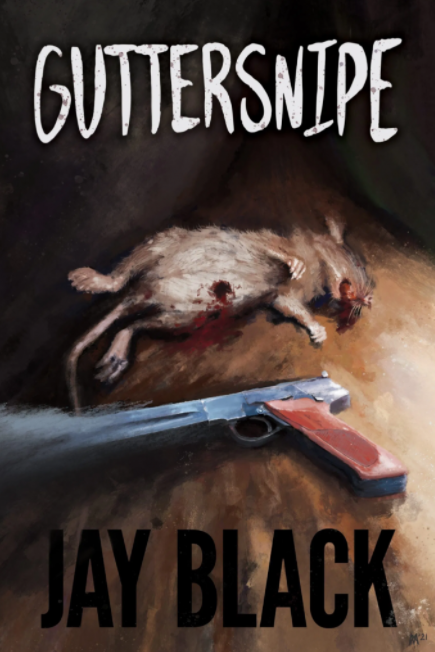 Circa 1996, when I was an adolescent, my father took me on a summer vacation to the Northwest and British Columbia. What I glimpsed of Canada struck me as comparatively unspoiled, cleaner, and more orderly than what I was accustomed to seeing in the United States. (Another thing I noticed was that restaurants never put ice in the drinks.) Vancouver, however, was something altogether different, and I think I was a little surprised to discover that Canada also had a homeless problem. What stood out above all else, though, was just how Asian the city was, the staggering numbers of East Asians and Subcontinentals challenging my previous concept of Canada as a solidly European country. One grocery store we entered was full of shoppers wearing turbans – something I had never experienced even in the multicultural US.

I was reminded of these impressions last week when I read Canuck contrarian Jay Black’s 2004 novella Guttersnipe, which just happens to be set in Vancouver in the summer of 1996. Recently republished by Terror House Press with an afterword by the author, Guttersnipe tells the story of John Richter, a disgruntled Canadian soldier and shooting instructor whose life loses direction after the closure of his base. The plot might best be described as Falling Down Meets Of Unknown Origin, with Richter taking a graveyard shift job exterminating rats in a commercial district during a long, hot garbage workers’ strike that has the city smelling like an outpost of Hell. The seemingly unstoppable horde of rats assumes an allegorical meaning as Richter’s resentment of the new, multicultural Canada reaches the boiling point.

“John Richter is a character with whom one can sympathize, until the killing starts,” writes T.J. Martinelli in a blurb he furnished for the book. This may be true to some extent, but it would be an exaggeration to say that he is likable. Consistently rude and confrontational, Richter is partially vindicated in his poor behavior toward ethnic minorities when the latter’s unsavory natures are eventually revealed. The following exchange with a Sikh coworker is typical:

He opened the door to find the guard immediately outside it. “Are you protecting me or the grounds?” asked a vexed Richter.

“What for, the second coming?”

“Who is coming second?”

Richter tried to kill his frustration by finding the humour in the situation. “No, no, no. What’s on second. Who’s on first.”

The guard crosses his arms. “I know.”

“There is a bathroom.” The guard pointed down the corridor.

“Isn’t there a water cooler?”

The guard shrugged, as if to minimize his discourtesy. “Follow me. I show you.” He led Richter to the staff lounge, pointed at the cooler, and then stepped quickly toward a television and video cassette recorder on which an X-rated film played at low volume. He scanned the room for the TV remote, but Richter had already noticed the screen. “Beautiful ladies,” he [i.e., the Sikh guard] said as he tugged and twirled the split ends of his stringy beard with his long, bony fingers. His attention shifted from Richter to movie. “You watch,” he said.

“Don’t you have a job to do?” His hand trembled with anger as he tightened the canteen’s cap.

“Have there been any burglaries lately?”

“Only a few.” Without turning his head to face him, the guard waved Richter off with a shooing motion.

The exterminator took another look at the film. “Those aren’t ladies. They’re teenage girls!”

These appalling episodes accumulate throughout the narrative, until the reader begins to understand the forces that are driving Richter to madness and violence. While dark and largely depressing, certain passages of the book are hilarious, like this portrait of a bureaucratic diversity hire:

The crowd applauded as the chancellor introduced the provincial minister for multiculturalism and women who, adorned in traditional Filipina garb and Gucci shoes, flashed her massive smile and nodded like a bobblehead doll. She rose from her chair to shake his hand and replace him at the podium. The crowd had stopped clapping, to her seeming displeasure, so she brought her own hands together to incite further applause for herself. “Oh, thank you. Thank you. Thank you, yes. You are all so kind.” She continued clapping her hands as she asked attendees to stop, feigning humility. “Wow! I did not know I am so popular! Ha ha ha ha ha! Please, you’re so nice.”

The applause diminished as her narcissism wore on the crowd. “Okay, okay, let’s start,” she said, as though the chancellor’s welcome had not occurred. Though he had introduced her by her full name and title, she repeated it. “I am de Honourable Isabella Blessica Benilda Sampaguita Floribeth Esperanza, de Minister of Multicultures and de Woman.” She raised her hands in the air, as though hopeful of more applause. She tried to clear her throat to break the silence, and then coughed up a gob of phlegm, which she spit into a Syrofoam cup on the podium.. “Sorry bout dat, but come on. You should clap!”

Much of the action in Black’s book is semi-cartoonish, but never without an honest grounding in the social and political realities of the present age of civilizational decay. The author’s insights are genuine, but he offers no easy solutions to the perhaps insurmountable problems with which he plagues his protagonist. Guttersnipe is as noteworthy for its reticences as for its revelations, leaving much for the reader to ponder, and its reappearance today, when all of the ills perceived by Richter have only become more obtrusive, all-pervading, and inescapably smelly, constitutes a welcome renegade literary event. One hopes, moreover, that the renewed attention occasioned by its republication inspires Black to gift this apocalyptically infested planet with more of his work.

Rainer is the author of Drugs, Jungles, and Jingoism.

Popular posts from this blog 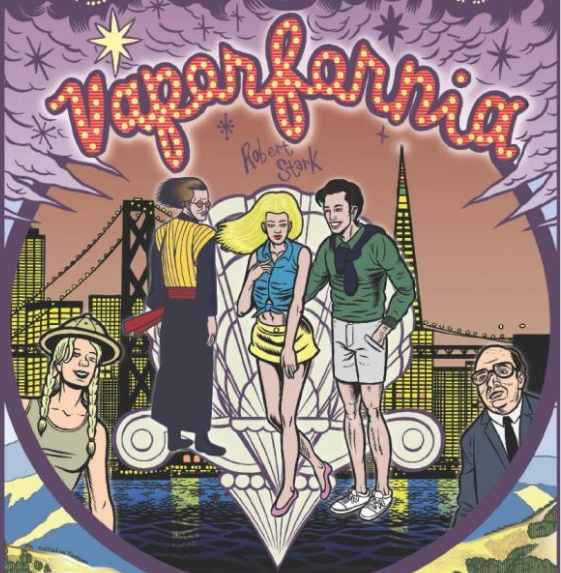 For those who do not know, Stark Truth podcaster and tireless self-promoter Robert Stark “is an American journalist and political commentator. You can listen to his podcast at Doubleyou Doubleyou Doubleyou Dot Stark Truth Radio Dot Com.” He is also something of a guerrilla litterateur, and the publication of Vaporfornia , Stark’s sequel to 2017’s Journey to Vapor Island , constitutes an underground literary event. His preoccupations in Vaporfornia , which focuses on a different protagonist but elaborates on the world created in Journey (while also overlapping with Matthew Pegas’s Dragon Day ), will be familiar to Stark’s audience, with retrofuturism, neon, Jewesses, anuses, incels, and California all zoned for ambitious development in the author’s imagination. Stark’s new novel follows aspiring reporter and social justice warrior Max von Mueller, a troubled young man torn between defeatism and grandiose visions, woke ideology and the eugenic revolutionism of utopia-dreaming billion
Read more

The US-Sponsored Assault on the Portuguese of Angola 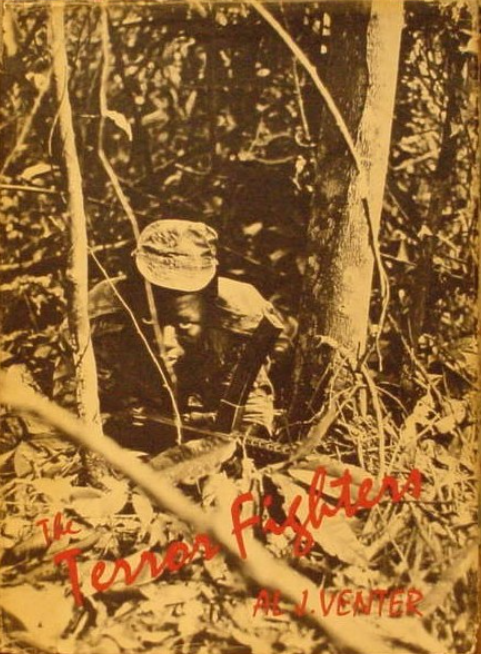 In 1961, at the outset of the decades-long and convoluted series of struggles over Angola’s political future, the first group to seriously challenge Portuguese colonial authority was Holden Roberto’s Union of Peoples of Angola (UPA), a recipient of aid from the United States. “The war started with dollars,” Portugal’s Captain Ricardo Alcada told South African journalist Al J. Venter a few years later. “The Americans thought that by backing Holden Roberto they would chase the Portuguese out of Angola within months,” Alcada explained [1]. “They had no option,” he continued: “They had to counter the communist influence in Congo-Brazza across the river so they chose the likeliest candidate for ‘Mr. Overnight Pro-America’ among the sanguinary rabble they found wandering about downtown Kinshasa.” [2] “The Americans realize their mistake now, but they are still allowing money into the Congo from a number of organizations,” he further enumerated: “Numerous church and social groups in the Uni
Read more

Giving Antifa Its Due 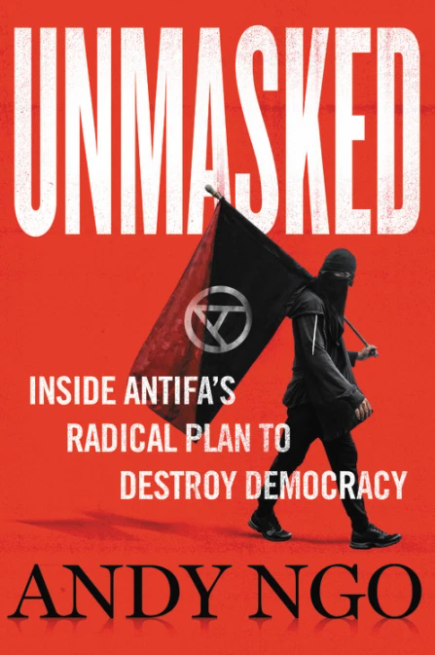 Look up Andy Ngo’s recently published Unmasked: Inside Antifa’s Radical Plan to Destroy Democracy in your local public library’s online catalog, and chances are better than not that, if they even bothered to acquire it, the book has been slapped with the informationally ghettoizing subject heading “conspiracy theories” – a condescending label never applied to books about “Russiagate” or “white privilege”, for two obvious examples. “Andy Ngo’s new book still pretends antifa’s the real enemy,” scoffs Globohomo mouthpiece Alexander Nazaryan in the Los Angeles Times . [1] Clearly, the respectable curators of the information landscape are interested in keeping this book marginalized or hidden – which, naturally, is the first indication that it is worth reading. Many reasonable criticisms can be leveled at Unmasked . Ngo is at best a meat-and-potatoes prose stylist, and Hachette, his publisher, even skimped on providing proper proofreading, an indication that the book was rushed into p
Read more