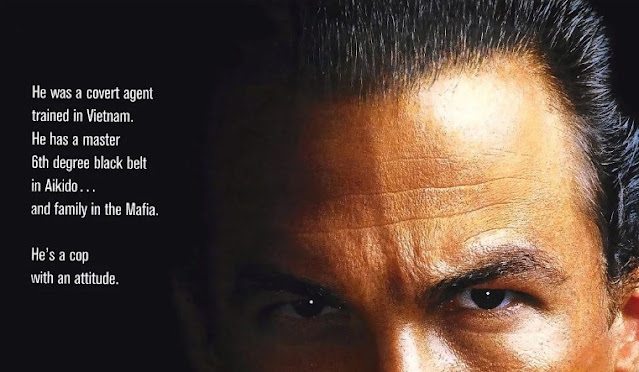 In Steven Seagal’s first film vehicle, 1988’s Above the Law , he portrays Nico Toscani, a mob-connected Italian-American who trained in aikido in Japan, where he was recruited by the CIA to carry out top-secret missions in Southeast Asia before becoming disillusioned and abandoning intelligence work to join the Chicago Police Department. Since then, uncertainty has surrounded Seagal’s background, the degree to which Above the Law mirrors the impiously Jewish Seagal’s own origin story being a matter of dispute, alleged fabrication, and ridicule from elements of the press. Barna William Donovan, author of The Asian Influence on Hollywood Action Films , writes that “the actor did participate in spreading a colorful line of rumors and insinuations in his early rounds of publicity interviews,” continuing: Since the plot of Above the Law involves a CIA drug-running conspiracy, Seagal and the Warners publicity department started suggesting that, while in Japan, the future actor worked w
Post a Comment
Read more

Swan Song of the South 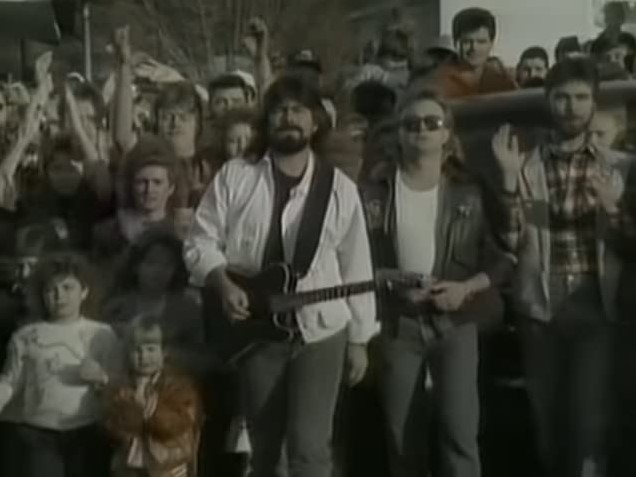 I grew up in a home where country was always the pop music of preference, and one of the most memorable hits of those years was Alabama’s 1988 number-one charter “Song of the South”. Living in a large Midwestern metropolitan area, the rustic subject matter was hardly intimately familiar to me, but my father’s roots in the Missouri Ozarks, as well as our proximity to irksome and criminal urban blacks, lent themselves to a vague and inarticulate sympathy with the South. I never paid close attention to the words, but “Song of the South”, particularly in the rousing, hand-clapping rendition by Alabama, came across as an anthemic statement of Southern pride. I was unaware until recently that the song had first been recorded in 1980 by Bobby Bare, in a significantly more somber, subdued interpretation. Wikipedia summarizes the content of “Song of the South” as follows: The song tells the story of a poor Southern cotton farm-family during the Great Depression. “Cotton on the roadside, co
2 comments
Read more 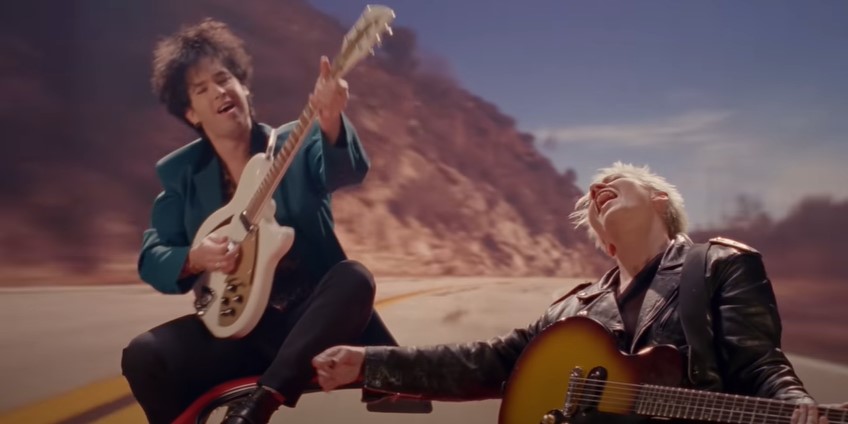 Retrieving quarters from a drawer to do my laundry, I’ll sometimes notice a coin minted in 1992 or 1989 or 1990 and think to myself, “That was a good year” or “Things were still pretty good back then.” The nineties as a whole, which coincided with my adolescence, are actually one of my least favorite decades in some ways; but I retain an affection for the early nineties and late eighties, which for me constitute a micro-era unto itself, with an array of aesthetic flavors and feelings that climax the eighties while also promising something new, yet to fully materialize. Most of my childhood memories of moviegoing are clustered around these years, and there were great movies being released every week back then: Die Hard (1988), Dirty Rotten Scoundrels (1988), Parenthood (1989), Bill & Ted’s Excellent Adventure (1989), Cyborg (1989), Dick Tracy (1990), Total Recall (1990), Terminator 2: Judgment Day (1991), Batman Returns (1992) – the output of new and cool distractions ne
2 comments
Read more When Mort Sahl died in October of 2021, obituaries praised him as a trailblazing political comedian who “instinctively followed the tradition of inner mission and conviction of the ‘voice of one crying in the wilderness’ cited in the Book of Isaiah” in Forward ’s assessment [1] and served as a one-man “shock to the comedy system,” as The New York Times words his legacy: Other groundbreaking comedians – Lenny Bruce, Dick Gregory, Woody Allen, Jonathan Winters, Joan Rivers, George Carlin and Richard Pryor among them – would pour into his wake, seizing on the awareness that audiences were hungry for challenge rather than palliation. And for social commentators who took to the airwaves in the half-century after he began to speak his mind – from Dick Cavett to Don Imus, Rush Limbaugh, Bill Maher and Jon Stewart – Mr. Sahl was their flag bearer as well. [2] Sahl’s career is unusual and especially noteworthy, however, for his special interest in the JFK assassination. “America has just
1 comment
Read more 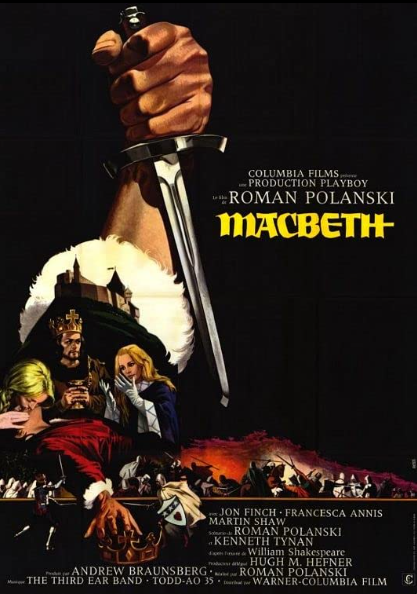 Two weeks ago, in “ The Merrick Connection Revisited ”, I discussed the fascinating interconnectivity of the Tate-LaBianca and Kennedy assassination nexuses – and readers are advised to acquaint themselves with the arguments I present in that essay before proceeding. Last week, I analyzed the Manson-Kennedy-resonant subtext of Roman Polanski’s 1988 thriller Frantic , and now I intend a similar approach to 1971’s Macbeth , the first film Polanski completed following the Tate-LaBianca massacres. “Polanski's first celluloid hero after that grizzly [i.e., grisly] night is a man who is delivered into the world via a bloody cesarean section performed with a sharp knife,” notes G. Greene-Whyte, writing at The Manson Family Blog , also observing that, “The director flashes a baby being removed from his mother’s womb across the screen twice during the film.” “I feel like Polanski punished himself with this project,” Greene-Whyte concludes: The self-harm never stops. Polanski assaults hi
2 comments
Read more
More posts